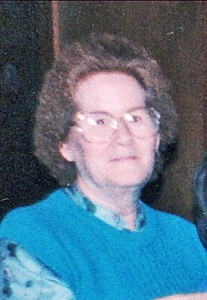 Mrs. Ruth Towns, age 91, a longtime resident of the Nickajack Community died at 4:15 a.m. Tuesday morning September 13, 2016 at the Kindred Nursing and Rehabilitation Center in Carthage where she had made her home since September 30, 2008.

Mrs. Towns was preceded in death by her husband, Amos Johnson Towns, who preceded her in death on September 8, 1974 at the age of 52.

She was a nurse aid at the former Gregory Convalescent Home in Carthage.

Mrs. Towns church membership was at the former Pleasant Shade Church of God of Prophecy.