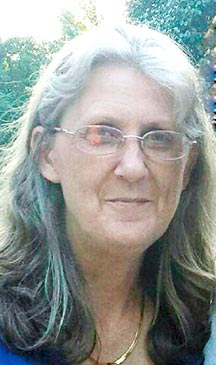 Mrs. Doris Courtney of the Hogans Creek Community died Sunday morning December 31, 2017 at her Ballenger Road home at the age of 52 under the loving care of Kindred Hospice.

Her pastor, Bro. Wallace Caldwell, officiated at the Thursday morning services from the Carthage Chapel of Sanderson Funeral Home. Following the 11 a.m. funeral services burial was in the Beasley-Brooks section of the Dixon Springs Cemetery.

She was one of twelve children and was born Doris Edith Tackett in Vanceburg in Lewis County, Kentucky on June 17, 1965 to the late Curtis Tackett who died December 25, 1966 and the late Julia Olabell Hamlett Tackett Ingold who died at the age of 77 on December 17, 2007.

On November 19, 1994 she was united in marriage to Jonny Dewayne Courtney at the home of Mrs. Courtney’s mother in Dixon Springs and the ceremony was performed by then County Court Clerk Jimmy Norris.

She was a former employee of Smith County Coatings and later was employed at the Famous Footwear Warehouse in Lebanon.