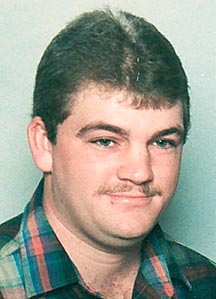 Mr. Mitch (Buck) Washer of Gordonsville died at 1:40 p.m. Tuesday afternoon January 2, 2018, on his twenty eighth wedding anniversary, at the St. Thomas Hospital West in Nashville where he was admitted Monday evening January 1st in serious condition apparently suffering from advanced pneumonia. He had become extremely ill at his Maple Street home on Monday morning.

Graveside services were conducted by his pastor, Eld. Junior Dickerson, on Friday afternoon January 5th at 1 p.m. Burial followed in the Gordonsville Cemetery.

On January 2, 1990 in Carthage he was united in marriage to the former Jennifer Lynn Carmack and the ceremony was performed by former County Court Clerk Jimmy Norris.

Mr. Washer was saved at an early age and was baptized into the full fellowship of the Plunketts Creek Missionary Baptist Church in the Rock City Community.

Before becoming disabled, he was employed as a dozier operator for the Summit Construction Co.