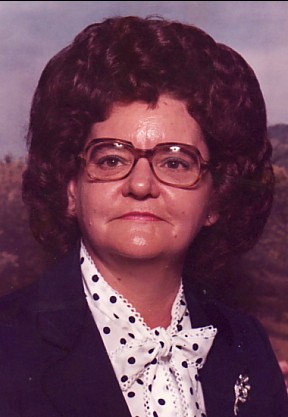 Mrs. June Skeen of Carthage died two weeks following her 82nd birthday at 8:40 a.m. Wednesday morning January 19, 2018 at the Concordia Health and Rehabilitation Center in Carthage where she had made her home since August 14th of 2009.

Bro. Jeff Burton officiated at the 3 p.m. Friday afternoon January 19th funeral services from the Carthage Chapel of Sanderson Funeral Home and burial followed in the Garden of the Cross at Smith County Memorial Gardens.

Born Delores June Lawrence in New Market in Jefferson County, Tennessee on January 3, 1936, she was one of ten children of the late Roy Russell Lawrence and Mary Thelma Smith Lawrence.

In an outdoor wedding at the Cherokee Dam in Jefferson County on September 24, 1954, she was united in marriage to Maurice Glen Skeen.

Mrs. Skeen was a retired sales clerk and had worked at different stores in Carthage.

She was a member of the Rocky Valley Missionary Baptist Church in Jefferson City.

Surviving in addition to her husband of over sixty three years are their three sons, Jerry Skeen of the Defeated Creek Community, Ronnie Skeen and wife Kim of Niota, TN, Darrell Skeen and wife Tara of Canyon Lake, Texas; sister, Brenda Roach and husband Martin of Rutledge, TN; eight grandchildren and eleven great-grandchildren.