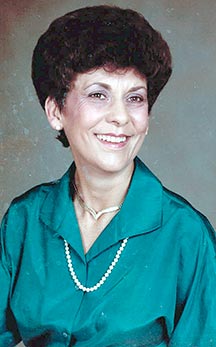 Mrs. Kemp was born March 27, 1938 on Pea Ridge, in Smith County, to the late, Leon McKinney and Dorothy Direne Fields McKinney. In addition to her parents, she is preceded in death by husband, Herbert Harold Kemp; and sister, Sue McKinney Lowe. She is survived by son, Kenny Kemp of Lafayette; daughter, Dianna Mercier of Knoxville; sister-in-law, Emily Collins of Lebanon; brothers-in-law, Jeff Kemp (Connie) of 4 Way Inn, Smith County, Joe Kemp (Cathy) of 4 Way Inn, Smith County, and Ted Kemp (Sonya) of 4 Way Inn, Smith County; and 1 grandchild, James McKinney Kemp of Bowling Green. Mrs. Kemp was in Banking in Nashville and Gallatin for over 40 years. She started her career in politics in 1981 until 2016; she was on the Gallatin City Council for 20 years. In lieu of flowers, memorials may be made to Pleasant Shade Cemetery, c/o Connie East, 241 Old Lebanon Road, Carthage, TN 37030.

Online condolences may be submitted at alexanderheritagefh.com. Alexander Family Heritage Funeral Home has been honored with arrangements.