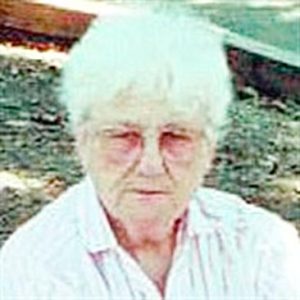 Mrs. Jewell was born May 23, 1928 in Brush Creek, TN, the daughter of the late Herman Green Fuller and Dulu Belle Agee Fuller. She married Clyde Turney King on June 21, 1952 and he preceded her in death on November 12, 2006. Mrs. King was also preceded in death by Brother; Halbert Franklin Fuller. She was a member of the Brush Creek Baptist Church. Mrs. Jewell worked at the Shirt Factory and for the Army Core of Engineer at Edgar Evins State Park at Center Hill Lake.

Mrs. King is survived by nieces and nephews and longtime caregiver; Max Messenger.

Funeral Services for Mrs. King are scheduled to be conducted from the Gordonsville Chapel of Bass Funeral Homes on Saturday, March 17, 2018 at 1PM with Billy Fuller officiating. Interment will follow in the Brush Creek Cemetery.

Visitation with the family will at the Gordonsville Chapel of Bass Funeral Homes on Friday, March 16, 2018 from 3PM until 7PM and again on Saturday, March 17, 2018 from 10AM until service time at 1PM.