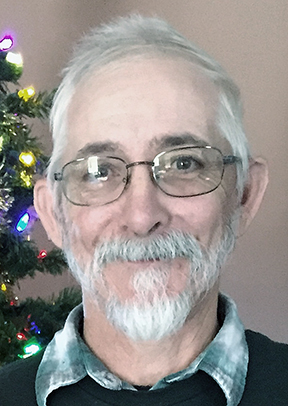 Mr. Bill Harm of the Popes Hill Community died at 10 p.m. Sunday evening April 22, 2018 at his Eligah Lane home following a long battle with ALS, Lou Gehrig’s Disease. Mr. Harm was 63. He was pronounced deceased at 11:29 p.m. by Caris Hospice of Cookeville.

Mr. Harm was cremated at Cumberland Family Services in Algood and a memorial service was conducted on Saturday, April 28 at 10:00 a.m. at the First Presbyterian Church in Lebanon. Pastor Sherard Edington officiated.

In addition to his parents, he was preceded in death by a nephew, Darren Harm, and beloved family friend, Lyndsy Richmond.

On June 22, 2004 in Chester, New Jersey, he was united in marriage to the former Rebecca Marie “Becky” Shotwell, who survives.

Mr. Harm later went to work for the Boro of Chester as the Superintendent of Public Works before retirement in 2012 when he and Becky relocated to Tennessee.

He was most recently employed as a mechanic for B&B Enterprises.

He loved working on and restoring old fire apparatus, operating heavy equipment, working as a mechanic, and hunting and working on his land with his wife and son.

He attended the First Presbyterian Church in Lebanon.

Surviving in addition to his wife of almost 14 years are a son, Roger Streng of Carthage; brothers, Scott, Drew, & Barry; sisters, Robin, Carol, & Sherry; many nieces and nephews.

The Harm family requests memorials to the First Presbyterian Church in Lebanon.