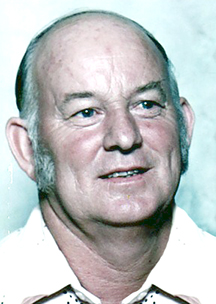 Mr. Oliver “Shorty” Christian of the Hogans Creek Community died at the age of 88 Tuesday evening July 17, 2018 at 7:52 p.m. at the Tri-Star Summit Medical Center in Hermitage where he was admitted July 13th suffering from heart failure.

On April 15, 1961 at the home of the late Don Conner he was united in marriage by the late Bro. Johnnie Proffitt to South Carthage native Shelby Jean Harper.

Shorty and Shelby lost their first child, Scottie Oliver Christian, who died at the age of 13 days on July 30, 1965.

Mr. Christian was a twenty plus year employee of the Smith County Highway Department having begun employment under then Smith County Road Commissioner, the late H. D. “Doodle” Gwaltney.

Following his service at the highway department he began work at the American Farm and Feed Company in Nashville where his adult work career ended with his retirement in 1993.

Mr. Christian proudly served our country with the United States Army during the Korean War and was honorably discharged as a Private 1st Class on July 28, 1951.

Mr. Christian was a non-denominational Christian and his family enjoyed visiting area churches.

Surviving in addition to his wife of over fifty seven years is their son, Daniel Christian and two sisters, Maude Christian Mofield and Margaret Christian Speck all of the Hogans Creek Community.