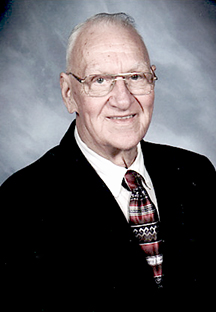 Mr. Cliff Roby, of Carthage, died at the Riverview Regional Medical Center in Carthage at the age of 86 at 10:10 a.m. Sunday morning January 20, 2019 where he was admitted January 7th.

Bro. Matt Davis officiated at the 11 a.m. Wednesday morning January 23rd funeral services from the Carthage Chapel of Sanderson Funeral Home. Burial followed beside his wife in the Garden of Everlasting Life at the Smith County Memorial Gardens.

He proudly served our country during the Korean Conflict with the United States Air Force and was honorably discharged with the rank of Staff Sergeant at Bolling Air Force Base in Washington, D. C. on January 7, 1955. He was inducted in Canton, Ohio on January 8, 1951.

His total overseas service was one year, eleven months and twelve days and for his meritorious service he was awarded the National Defense Service Medal, the Germany Occupation Medal and the Good Conduct Medal.

Mr. Roby was an Industrial Insurance Contractor for the Nationwide Insurance Company on Ohio for over thirty eight years before his retirement in 1993.

After retirement he and his wife relocated to Carthage on Valley View Drive to be near their grandchildren.

Mr. Roby was a member of the Carthage First Baptist Church.