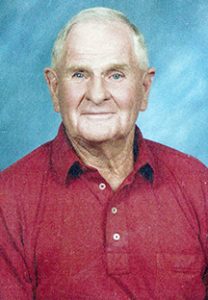 Mr. Oakley was a 45 year member of the Southside Lions Club. He participated with the club handing out water for Chad’s Run and raising money during White Cane Day. Mr. Bob loved helping the club during their regular eye tests of elementary students, handing out stickers to the kids after test completion. He was also a staple member of the club during Gordonsville High School Football season, always greeting the crowd and selling programs.

Mr. Oakley was a longtime member of the Union Hill Cumberland Presbyterian Church where he was very involved, serving as a Deacon and Elder. He was a lifelong farmer and avid vegetable gardener, raising his first corn crop at the age of 9.

Funeral Services for Mr. Oakley are scheduled to be conducted from the Union Hill Cumberland Presbyterian Church on Wednesday, April 17, 2019 at 3PM with Bro. Dennis Croslin officiating. Interment will follow in the Brush Creek Cemetery.

Visitation with the Family will be at the Gordonsville Chapel of Bass Funeral Homes on Tuesday from 2PM until 8PM and at the Union Hill Cumberland Presbyterian Church on Wednesday after 11AM until service time at 3PM.

The family requests memorials in Mr. Bob’s memory be made to the Southside Lions Club or to the Union Hill Cumberland Presbyterian Church Building Fund.