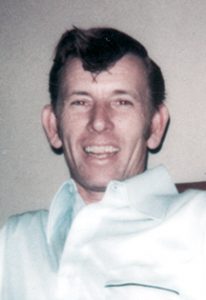 Mr. Billy Joe Likens, of Holliman Lane in the Defeated Creek Community, died Sunday morning June 2, 2019 after suffering a heart attack at the Palace Care and Rehabilitation Center in Red Boiling Springs where he had resided since August of 2016.He was pronounced dead at the Macon Community Hospital in Lafayette at 9:24 a.m. Mr. Likens was 76.

Mr. Likens was at the Hackett Chapel of Sanderson Funeral Home. Graveside services and interment was in the Sircy family lot at the Davis Cemetery in the Russell Hill Community. Mr. Likens nephew, Eld. Dean Sircy, officiated at the 4 p.m. Tuesday afternoon June 4th services.

Mr. Likens was the middle of three children born to the late Raymond Harold Likens and Flora Spivey Likens. He was born Billy Joe Likens in the Union Hill Community of Clay County on August 6, 1942.

He was preceded in death by a sister, Emma Likens Nichols.

Mr. Likens was an employee for over ten years for the former Jersey Minere Company at Gordonsville before becoming disabled.

He was a member of the Union Hill Church of Christ near the Hermitage Springs Community in Clay County.

Surviving in addition to his wife of over fifty five years is their only child, a daughter, Teresa (Lisa) Likens Martin and husband David of the McClures Bend Community; a sister, Helen Farley and husband Mike of Hendersonville.