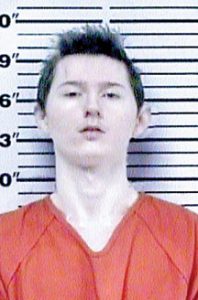 A man has been charged with assaulting a sheriff’s department deputy. The Gladdice Road resident led law enforcement officers on a foot pursuit which resulted in injuries to a deputy.

The incident occurred when officers were attempting to arrest Sean Patrick Patterson, 20, Pleasant Shade. According to an offense report filed by Sgt. Jimmy Gregory, Patterson had been handcuffed, with hands behind his back, and the deputy was placing him in his patrol car when he pulled away and fled on foot.

The subject ran behind a fence and as the deputy was trying to get through the fence the male subject kicked him in the face and fled into a wooded area.