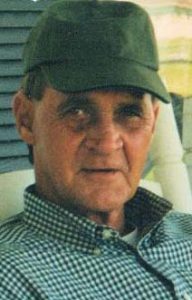 Mr. James Harris, age 79, of Gainesboro died at 3 p.m. Friday afternoon, March 20, 2020, at the Cookeville Regional Medical Center, as the result of a stomach aneurysm.

Funeral services were conducted Tuesday afternoon, March 24th, from the Anderson-Upper Cumberland Funeral Home in Gainesboro. Bro. Bobby Scantland officiated and burial followed beside his wife in the Stacy Cemetery in the Antioch community.

Mr. Harris was preceded in death by a sister, Carolyn Ann West, who died October 10, 1977 at the age of 37, following a long battle with cancer.

On August 3, 1963 Mr. Harris was united in marriage to Jackson County native the former Andrea Laverne Barnes, who died from COPD and preceded him in death on August 28, 2012 at the age of 67.

They were preceded in death by two daughters who both died as the results of automobile accidents. Tammy Harris Baker died June 3, 1995 at the age of 30 and Janet Lynn Harris Pope died November 8, 2004 at the age of 39.

Also preceding Mr. and Mrs. Harris in death was a granddaughter, Tiffanty Harris, who died in 2003 at the age of 20.

The majority of the Harris’s married life they lived in Joelton where he founded the Harris Fence Company in 1975 which became a successful business.

Harris Fence Company is now owned and operated by his son, Jerry.

They have fenced throughout the years for countless country music stars like Johnny Cash, Ray Stevens, Randy Travis, Willie Nelson, Kid Rock and countless others too numerous to name.

Mr. Harris had the reputation in the Nashville area as being the most honest, hardworking gentleman in the industry and as long as health permitted he was the chief overseer of the business and every job, no matter how large or small, had to be completed to the customers complete satisfaction.

Mr. and Mrs. Harris had the reputation that they would give you the shirt off their backs and their generosity was felt and well known by so many individuals throughout their lives.

He was saved in 1970 at the age of 29 and was baptized into the full fellowship of the East Lawn Missionary Baptist Church in Madison where he was later ordained as a Deacon. After the loss of two daughters and a granddaughter, ill health began to diminish their abilities to work and they retired to his wife’s native Antioch community in Jackson County to live out the remaining years of their life.

The Harris family requests memorials to the Stacy Cemetery in care of the Anderson-Upper Cumberland Funeral Home.

This notice provided as a courtesy to the Harris family.