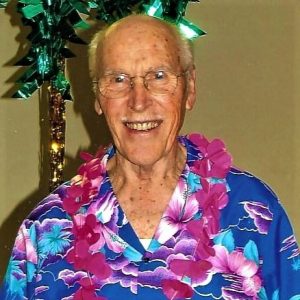 Stig Borje Anderson, age 95, passed away peacefully on Monday, March 30, 2020 at the Quality Nursing and Rehabilitation Center in Lebanon.

Stig was born and raised near Stockholm, Sweden and migrated at the age of 24 to the United States to pursue a career as a minister of the Seventh-day Adventist Church. He received his ministry training at Columbia Union College in Takoma Park, Maryland. During this time he formed the Wheaton Adventist Church with other students. He completed his training at Andrews University in Michigan, before starting his 50 year career pastoring churches in New Hampshire, Vermont, Ohio, North Carolina and Tennessee.

As a young adult, Stig served his community as a firefighter and played professional soccer. He would go on to play soccer in the U.S. where he led his team to a regional club championship in Chicago, Illinois.

He is preceded in death by his wife, Helen Anderson (passed away in 2017). They were happily married for 64 years. Together, they raised three sons – Paul of Chestnut Mound, James (and Kathy) of Tampa, Florida and David (and Cornelia) of Beltsville, Maryland. In addition to his 3 sons and their wives, he is survived by six grandchildren and 3 great grandchildren. He is also survived by two sisters, Ingrid Nelson and Britt Swanson.

Due to COVID-19, a memorial service will be held later in the year.