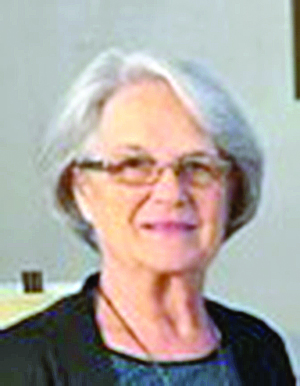 Mrs. Carolyn Burton age 75, a housewife of the Gladdice Community, was pronounced deceased at 4:03 a.m. Monday morning January 2, 2023 at the Vanderbilt University Medical Center in Nashville after being transferred by Life Flight from the Riverview Regional Medical Center E.R. earlier that morning. Mrs. Burton had suffered a fall at the family’s Gladdice Highway home around 1 a.m. that morning.

Mrs. Burton was at the Hackett Chapel of Sanderson Funeral Home. Her funeral services were conducted on Saturday morning January 7th from the Kempville Chapel Old Time Methodist Church with the church pastor Bro. Bryan Bratcher officiating assisted by Mrs. Burton’s brother-in-law, Bro. Jeff Burton. Following the 11 a.m. service burial was in the Burton family lot in the Gene Butler Cemetery in the Brooks Bend Community.

Mrs. Burton was a 1965 graduate of Gordonsville High School.

In Gordonsville on February 3, 1968 she was united in marriage to Brooks Bend Community native Bonnie Wayne Burton.

She had been a member of the Kempville Chapel Old Time Methodist Church since March 12, 1989.

She had formerly been a part of the Smith County Coatings family which was partially owned by her husband.

The Burton family requests memorials to the Gideons.