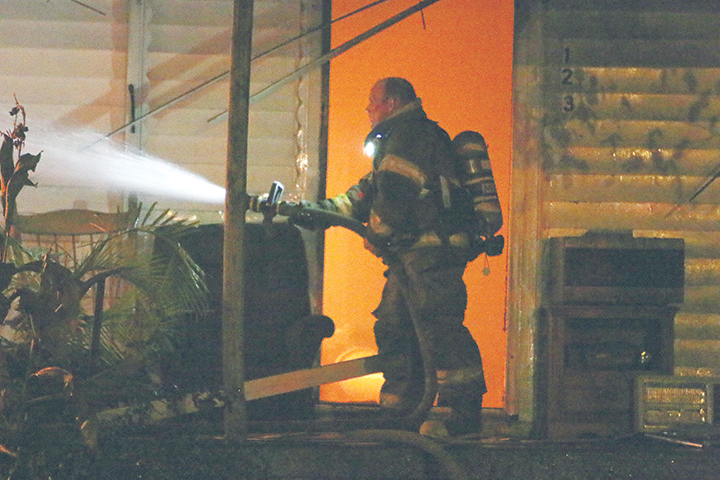 Fire gutted a house in the Difficult community.

The fire was reported around 5:43 p.m. on Tuesday of last week at 123 Difficult Road.

Flames were reportedly coming from the residence when Defeated Creek firemen arrived on the scene.

Central District and Pleasant Shade fire departments were dispatched to assist in the fire.

Firemen were able to extinguish the blaze, but the structure is uninhabitable.

Walls of the house remain standing, however windows had to be knocked out by firemen battling the blaze.

Also, holes were through the roof and walls in some areas.

Chris Alley and his family resided in the house.

Some members of the family were home when the fire started, according to a resident of the house.

The resident said the fire was believed to be electrical in nature and started in the upstairs.