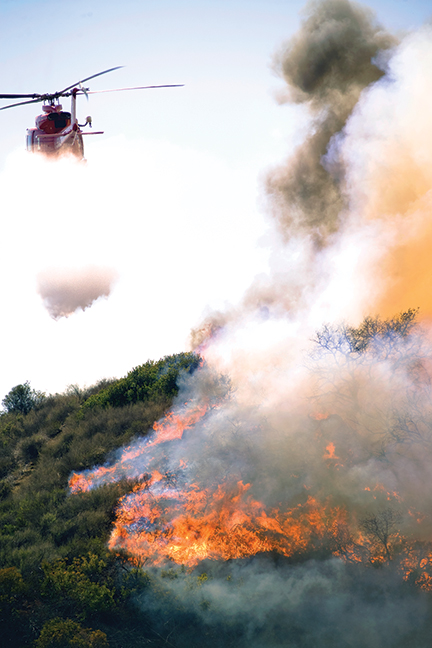 Violators of the state issued burn ban could face a fine or jail time.

A ban on all outdoor burning in the county remains in effect until December 15.

Violation of the burn ban is punishable as a Class A misdemeanor which carries a fine of $2,500 and/or up to 11 months and 29 days in jail, according to state officials.

Smith was one of 51 counties covered by the designation.

The ban, which includes municipalities, could also be extended.

Thursday, the Tennessee Department of Agriculture issued a clarification on the burn ban after receiving several questions about grills.

“The governor’s regional burn ban applies to open-air burning and includes a prohibition of campfires and burning of brush, vegetation and construction debris. Generally, the burn ban does not apply to cooking grills and other similar lighted devices which are well established in a confined, protected area away from woodlands. Please keep in mind the disposal of hot grill ashes can be a fire hazard. In all cases, grill ashes should be allowed to completely cool or be saturated with water before disposal,” the statement read.

Before the governor’s declaration, local officials began warning residents about the dangers of burning outdoors.

South Carthage Fire Chief Ricky Slack issued a ban on outdoor burning in that city prior to the governor’s declaration.

On November 15, the Tennessee Valley Authority (TVA) issued a ban on burning on all public lands, recreational areas and facility reservations it manages in seven states.

The ban even includes smoking cigarettes and parking vehicles in non-paved and gravel areas. TVA also closed access to some recreational areas.