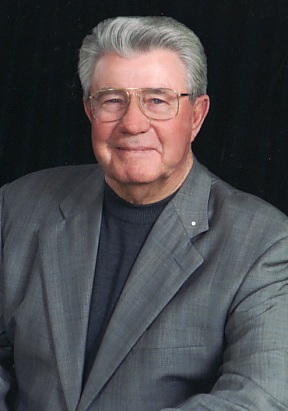 A longtime South Carthage businessman and community volunteer, Mr. Tom Arnold age 80 of the Helms Bend Community, died at 9:15 a.m. Tuesday morning February 7, 2017 at his Arnold Farm home. He was suffering from Pulmonary Fibrosis with which he was diagnosed in July of 2016. He was pronounced deceased at 10:43 a.m. by Gentiva Hospice.

Two brothers preceded him in death, Roy Thompson Arnold who died at the age of fifteen months on March 12, 1933 and Theodore Roosevelt “Teddy” Arnold Jr. who died February 3, 1970 at the age of 40.

At the age of 11 Mr. Arnold began working at odd and end jobs, always self-motivated to accomplish something in life and along the way had an innate desire to help others.

At the age of 18 he officially began his sixty two year career in the road building business.

He first was employed with Southern States Asphalt Co., then Hoover Incorporated, and in 1967 he and Ed Benward became partners in Benward Inc. They did road construction and were the first operators of the Defeated Creek Mariana and other Corps of Engineers facilities.

They remained partners until entering their separate field of endeavors in 1973.

Then Tom and Debbie established Arnold Lime and Coal Co. and later in 1979 they opened the doors of the Tom Arnold Construction Company on the Arnold’s South Carthage land and which today remains a vital part of the road construction industry in Tennessee.

Always a lover of the land and the out-of-doors, the Arnold’s established the Arnold Farm in 1987 in the Helms Bend Community, which today they operate in excess of four hundred acres. Initially starting as a registered Poll Herford Farm, he later entered the market of Angus Cattle and cross breeding the two to have what is called “Baldies”.

In conjunction with his cattle farming operation, Mr. Arnold was a member of the Smith County, Tennessee and National Cattleman’s Associations.

In the year 2006 and again in 2007, he was named the “Sub-contractor of the Year” by the Tennessee Road Builders Association, which is voted on by his peers.

In 2008 Mr. and Mrs. Arnold were awarded the Emmett Gibbs Citizenship award by the Smith County Chamber of Commerce.

Mr. Arnold was a member of the Carthage Lion’s Club, the Smith County Chamber of Commerce, Tennessee Road Builders Association and from 1989 thru 1998 served three, three year terms on the Board of Directors of the Upper Cumberland Electric Membership Corporation.

One of his earliest commitments to the volunteer fabric of Smith County was the setting at no charge in 1974 of the “Veterans Memorial Monument” in the Smith County Courthouse yard, which was provided by Smith County Monument Co. all under the direction and supervision of then Smith County Judge Jack C. Kittrell.

Other projects he volunteered his time and equipment to at no charge were the Gordonsville Football Field, the Owls Football Field, the construction of the fields at Crump Paris Park, the Kidz Central Playground in South Carthage and assisted with many projects at the Smith County Fair Grounds.

Mr. Arnold was, for many years, a member of the Carthage United Methodist Church.

A true Southern Gentleman, who had a heart and soul to help others, always instilled in his employees and family the motto: “The race for quality has no finish line”.

In a Joint Resolution by the House of Representatives on April 9, 2014, Senator Mae Beavers, Representative Terri Lynn Weaver and Governor Bill Haslam presented Mr. Arnold with a proclamation on the occasion of his 60th anniversary in the highway construction industry.

The family requests memorials to either the Smith County Humane Society or the Jordan Hackett Foundation.