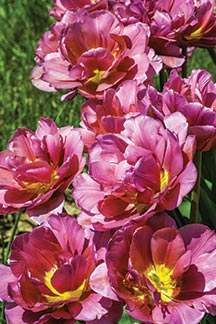 Pat was born October 26, 1933, in Delina, Tennessee.  She attended Boonshill High School in Tennessee, Martin Methodist College in Pulaski, Tennessee, and received a Bachelor of Music Education degree in 1957 at Murray State University in Kentucky.

She had an extraordinary career as an independent piano teacher in Cedar Falls, Iowa, and Hattiesburg, Mississippi for over 40 years. She had numerous successful students and won several awards for outstanding teaching and professional contributions. She was instrumental in development of the Hattiesburg Piano Teachers League, now known as the Hattiesburg Music Teachers League (HMTL). She served in various capacities and held many offices in her professional associations, including president of both the HMTL and Mississippi Music Teachers Association (MMTA). She made significant contributions to the Music Teachers National Association (MTNA) serving as the National Certification Chair, for which she received many accolades. She was one of the first of two people honored by the MTNA foundation as a Foundation Fellow, and also received one of MTNA’s highest honors, the Distinguished Service Award. After retiring from teaching in 1996, she remained Certification Chair for several years, and continued to be a member of all three music associations.

Pat was preceded in death by her mother and father James Ross Dyer and Frances Louise Crabtree Dyer. She is survived by her husband Robert Joseph Tuley, her daughters Karla Tuley Lockwood (Robert), Joanna Tuley Burnside (Biljac), sister Dixie Dyer Waters, brothers Glenn Dyer and Larry Dyer, grandchildren Michelle Byrd, Mattie Emerson, John Lockwood, Ben Lockwood and four great grandchildren. She was a devoted mother and wife and loved by all. She will be missed by her family and friends.

A memorial service will be held at 2 pm on Saturday, March 18th at the Camellia House, 3885 Veterans Memorial Drive in Hattiesburg.

In lieu of flowers, the family has designated the MTNA Foundation Fund for memorial contributions. Donations may be made to the “Patricia Tuley Memorial Fund” to benefit music teacher certification and continuing education at:

Mrs. Patricia Lynn Dyer Tuley is the wife of Robert Joseph Tuley, who is the brother of the late Bill Tuley and is survived locally by nephew; Marc Tuley.

This notice provided as a courtesy to the Tuley family