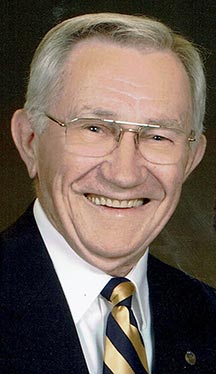 Mr. Upchurch was born October 16, 1935 in Jackson County, TN, the son of the late Raymond Lee Upchurch and Thelma Ramsey. Ray married Linda Paschall of the Hickman Community in August of 1961. He was a member of the Carthage Church of Christ. Ray began work as a young boy with his brothers, delivering papers for the Nashville Banner and the Tennessean. They would deliver every day, once in the morning and once in the evening, from 1948 until 1954. Ray graduated from Smith County High School in 1954 and attended University of Tennessee, Knoxville and Tennessee Polytechnic Institute in Cookeville to obtain a bachelor’s degree. He served his country in the U.S. Army as a paratrooper. Mr. Upchurch worked for the Tennessee Department of Health for 42 years in many facets with numerous job titles, but was predominantly a Field Manager.

Graveside Services and Interment for Mr. Upchurch are scheduled to be conducted from the Ridgewood Cemetery on Friday, March 17, 2017 at 2PM with Edward L. Anderson officiating.

Visitation with the Upchurch family will be held at the Carthage Chapel of Bass Funeral Homes on Thursday from 4PM to 8PM and on Friday after 12 Noon until departure for the cemetery at 1:45PM.

In lieu of flowers the Family requests donations be made to the Kidney Foundation or the Church of Christ Disaster Relief Fund.