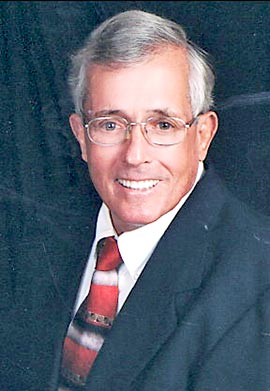 Mr. Gary Lester, age 70, of the Waterville Community, died at the Vanderbilt University Medical Center in Nashville at 8:43 p.m. Thursday evening March 16, 2017 as a result of cardio-pulmonary arrest. He had suffered several years from Pulmonary Fibrosis. He became gravely ill Tuesday evening March 14th at his County House Circle farm and was transported by Lifeflight from Riverview Regional Medical Center to Vanderbilt where he was admitted at 10:15 p.m.

His minister, Edward L. Anderson, officiated at the 1 p.m. Monday afternoon March 20th funeral services from the Carthage Chapel of Sanderson Funeral Home. Following the funeral services, at Mr. Lester’s request, he was cremated at Cumberland Family Services in Algood.

Born Gary Wayne Lester in Nashville on June 30, 1946, Mr. Lester was the son of the late Harold Lester and Horseshoe Bend Community native Mildred Ilene Bennett Lester Casio who died at the age of 83 on November 18, 2009.

While at S.C.H.S. Mr. Lester majored in agriculture which would be his lifelong love. He was the 21st student in the class of “65 of 116 to die and the third since January 7th.

While working in Mississippi after graduation from high school in Greenwood, MS he met and married the love of his life, Paris, Texas native, the former Sherry Russell. They were wed in Sidon, Mississippi on June 27, 1968.

Mr. Lester had a love for antiques and he and his wife traveled extensively to antique shows where they would sell items they had purchased and collected.

Mr. Lester was a member of the Carthage Church of Christ.

The Lester family requests memorials to either the Pulmonary Fibrosis Association or the Dollywood Foundation for fire victims of the November fire.