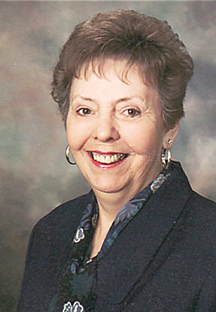 Mrs. Ruth Shoulders, age 78 of the Tanglewood Community died at 5:22 a.m. Tuesday morning March 28, 2017 at the Riverview Regional Medical Center in Carthage suffering from respiratory failure. She was admitted March 24th from the Kindred Nursing and Rehabilitation Center where she had made her home since July 8, 2016 suffering from dementia.

She was preceded in death by a sister, Eva Sandra Jones who died at the age of eleven days, also four brothers preceded her in death, Harold Eugene Jones, Melvin Lee Jones, Jimmy Gray Jones and Larry Wayne Jones.

On August 29, 1959, at the home of the late Tim and Elsie Shoulders in Carthage, she was united in marriage to Graveltown Community native Billy Joe Shoulders, now an ordained Missionary Baptist preacher and longtime church pastor. The ceremony was performed by the late Eld. L. O. Barclay.

They were preceded in death by their daughter, Jolonda Lynn Shoulders Smith who died November 19, 1992 at the age of 31.

Mrs. Shoulders retired in early 2016 as a pharmacy tech from the Smith County Drug Center where she had been employed since 1978.

In addition to her husband of over fifty eight years she is survived by their son, Shannon Shoulders of Tanglewood; grandson which they reared after the death of their daughter, Charles Smith and wife Sara of the Double Springs Community; three sisters, Retta Williams and husband Bobby of the Difficult Community, Rhonda Keisling and husband Mike of Hartsville, Rita Montgomery and husband Eddie of the Difficult Community; brother, John Paul Jones of Lebanon.