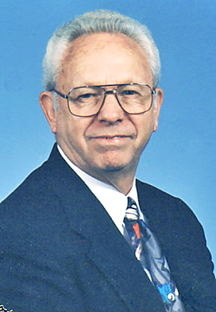 Mr. Ernest Hackett, age 89 of the Tanglewood Community died at 8:30 a.m. Sunday morning April 16, 2017 at his Tanglewood Road home following a lengthy illness of leukemia. He was pronounced deceased at 10:15 a.m. by High Point Hospice who had been loving caring for him in his last days.

Eld. Stephen Brooks and Eld. Charles Allen Gentry officiated at the Wednesday afternoon April 19th funeral services from the Carthage Chapel of Sanderson Funeral Home. Burial following the 1 p.m. services was beside his first wife, June, in the Garden of Gethsemane at Smith County Memorial Gardens.

A brother Jack Hackett of Gallatin preceded him in death as did a sister Miss Mary Watson Hackett who died June 6, 2006 at the age of 73.

He was a 1946 graduate of Smith County High School where he was an outstanding Owls football team member for four years.

Mr. Hackett was first married to the former June Darlene Shoulders, a nurse for thirty seven years at the former Smith County Memorial Hospital who died at the age of 61 on November 11, 1994.

On July 16, 2000 he was united in marriage by Eld. Charles Allen Gentry to Elmwood Community native the former Ruby Armistead. She preceded him in death on July 13, 2001 at the age of 66.

Although never having joined a church, he was saved at an early age at the Peyton Creek

Mr. Hackett retired in 1992 from the Mixon-Nollner Oil Co. where he began his career as a gas delivery truck driver and later was moved to the office as an accountant where he remained until retirement.

After retirement he was employed by L. Glenn Pettross at the Home Supply Warehouse as a clerk.

The Hackett family requests memorials to the Jordan Hackett Foundation.