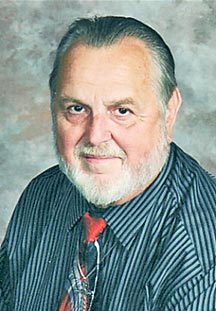 A widely known and highly respected United Methodist pastor of the Highland Community has died at the age of 78.

Rev. William Russell “Russ” Cain Jr. died peacefully in his sleep at 6:23 a.m. Sunday morning April 30, 2017 at his Wartrace Highway home where he been loving cared for by his family.

Rev. Cain was at the Hackett Chapel of Sanderson Funeral and will be cremated at Cumberland Family Services in Algood. A Celebration of Life will be Saturday May 6th at the Gainesboro United Methodist Church with the time to be announced. The family will receive friends at the church following the Celebration of Life.

On December 14, 1958 in Monticello, Minnesota he was united in marriage to Monticello native, the former Stella Marie Hayes.

A 1957 graduate of Annandale High School in Annandale, MN, he received a Bachelor of Arts from Dakota Wesleyan University and his Theology degree from Iliff School of Theology in Denver, Colorado.