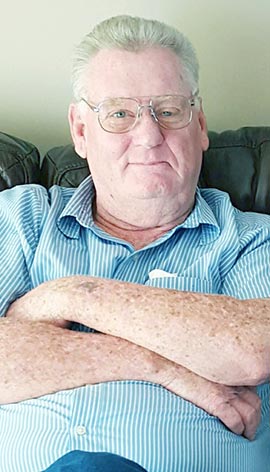 Mr. Bishop was born November 15, 1942 in Erin, TN, the son of the late James Boyd Bishop and Ida Beatrice Daniel Bishop. He was also preceded in death by Brothers; James Woodrow Bishop, Preston Alonzo Bishop, and Conrad Glen Bishop. He married Deborah Malone on January 27, 1997. Danny drove a truck for 47 years. He worked as a sharecropper with Senator Albert Gore, Sr., and drove for C.E. Hackett, Senator Gore, and later for Performance Food Group for nearly thirty years. He was a member of the Carthage Benevolent Lodge #14 F&AM, being raised to the degree of Master Mason on November 30, 1976. Mr. Bishop was also a member of the Al Menah Shrine Temple in Lebanon, TN. He was of the Baptist Faith.

Funeral Services for Mr. Bishop were conducted from the Chapel of Avant Funeral Home on Wednesday, June 7, 2017 at 2PM with Bro. Ronnie Smith officiating. Interment followed in the Brush Creek Memorial Gardens. Masonic Funeral was held on Tuesday, July 6, 2017 at 7PM.

Visitation with the Bishop family was held at the Avant Funeral Home on Tuesday from 1PM to 8PM and on Wednesday from 10AM until service time at 2PM.

In lieu of flowers, the Bishop Family requests memorial in Mr. Danny’s memory be made to the Shriner’s Hospital.