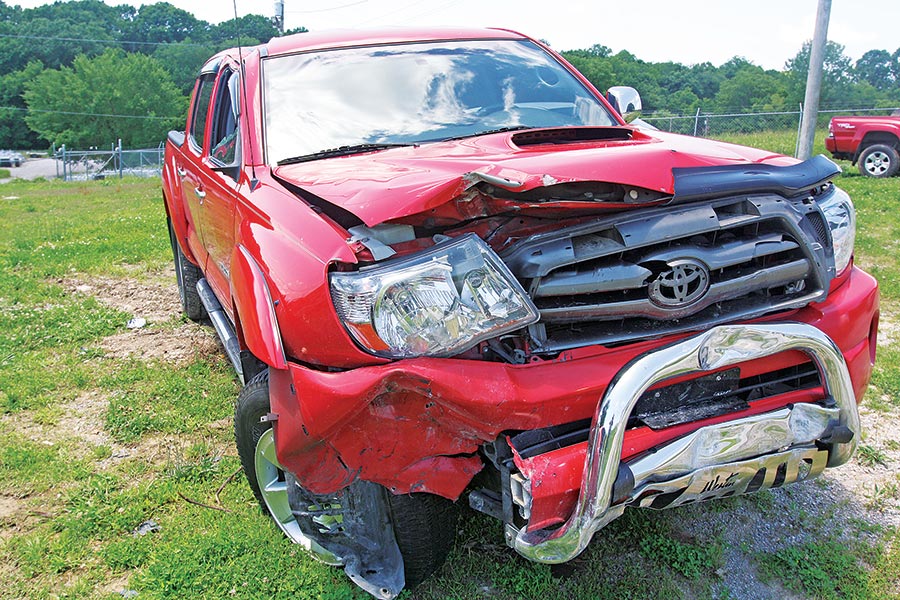 A Tanglewood man whose vehicle was struck by falling rocks considers himself fortunate.

Sammy Oldham says he never saw the rocks falling and did not know what happened when his vehicle was jolted by the impact at the rock mitigation project on State Highway 25 between Carthage and Tanglewood, Tuesday afternoon.

Oldham says his Toyota truck came to a sudden halt when a front tire blew out.

When he exited the truck, Oldham saw the damage and the rocks.

In talking with a man, Max Massey, traveling behind him in a separate vehicle, Oldham realized what had occurred.

The two were buckled in the rear seat. None of the occupants of the vehicle were injured.

The impact caused the driver’s side air bag to deploy, striking Oldham.

Safety features kept shards of the broken glass from flying through the cab, likely preventing injuries.