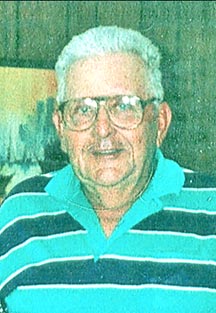 A lifelong farmer, Mr. J. B. Brown of the McClures Bend Community at Defeated Creek, died unexpectedly at his Lock Eight Lane home on Tuesday morning June 6, 2017. He was pronounced deceased at 8:59 a.m. upon arrival at the Riverview Regional Medical Center E.R.

Mr. Brown had been in declining health for the past few years.

Funeral services from the Hackett Chapel of Sanderson Funeral Home were conducted on Friday morning June 9th at 11 a.m., he and his wife’s 54th anniversary. Bro. Jeff Burton and Bro. Jackie Dillehay officiated and burial followed beside his parents Garden Five at the Defeated Creek Memorial Gardens.

On June 9, 1963 in Livingston he was united in marriage by Cal Dixon to Smith Bend Community native the former Allie Ruth Smith.

Mr. and Mrs. Brown farmed their seventy five acre farm in the Harris Hollow Community at Defeated Creek from their marriage until selling the farm to George and Teresa Martin Clay and in 1994 they returned to Mr. Brown’s family farm in McClures Bend to care for his mother and that farm.

He attended the Hickory Grove United Methodist Church in Kempville.

Mr. Brown proudly served our country with the United States Army having been inducted in Nashville on November 30, 1953 and being honorably discharged with the rank of Specialist 4th Class at Fort Sheridan, Illinois on November 29, 1955. For his service he was awarded the National Defense Service Medal and the Good Conduct Medal. He served with Battery D, 734th Battalion as a radar operator.

His only immediate survivor is his wife of fifty four years, Ruth.