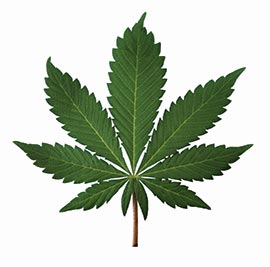 Terry Judson Meador, 34, Brush Creek, has been charged with manufacture delivery/sell of a controlled substance as the result of an investigation conducted by the sheriff’s department.

The investigation began when Sgt. Dusty Hailey and Lt. Ronnie Maynard went to a residence located on North Field Lane to follow up on an animal investigation.

“While speaking with a next door neighbor, I did observe a marijuana plant growing in a plastic flower pot on Terry Meador’s back deck,” according to an offense report filed by Sgt. Hailey.

“We knocked on Mr. Meador’s door and made contact. Mr. Meador stated the plants were his and there were four or five growing in various pots. We located 14 plants scattered in the yard. The plants ranged in size from two to three feet tall.”