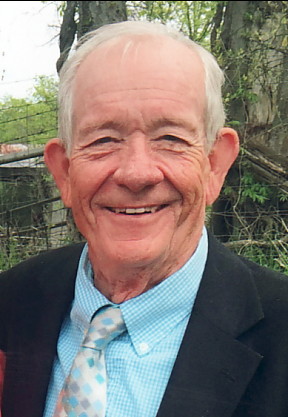 The death of the longtime owner of Martin’s Grocery which was founded by his father in 1960, was the result of a farm accident due to an incident involving his tractor which he had parked on the farm’s Old Tin Lane. When he dismounted the tractor it began to roll toward Defeated Creek Highway and apparently thinking it would go into the roadway and cause someone to be hurt, he tried to gain control and was knocked down and run over by a rear tire across his chest.

Smith County E-911 received a call for emergency help at 5:21 p.m. and less than seven minutes later the unit was on the scene from Station 3 in the Monoville Community.

Air Evac transported Mr. Martin from the Monoville landing pad to Vanderbilt University Medical Center and enroute he entered cardiac arrest and was diverted to the Skyline Medical Center where he was pronounced dead at 6:37 p.m. Monday evening September 11, 2017.

Funeral services before an overflow crowd were conducted by his Pastor, Bro. Jimmy Gregory, at 11 a.m. Friday morning September 15th from the Carthage Chapel of Sanderson Funeral Home. Burial followed beside his parents in the Garden of the Cross at the Defeated Creek Memorial Gardens.

Over sixteen hundred friends came to visitation to visit the family on Thursday afternoon and evening and Friday morning, and this alone demonstrated the impact Mr. Martin had on the lives of all those with whom he came in contact.

Mr. Martin was a 1965 graduate of Smith County High School where he majored in science and social studies and was a member of the junior play cast and the Spanish Club his senior year.

On March 12, 1971 in Dekalb County, he was united in marriage to Temperance Hall Community resident the former Sandra Lamberson. The ceremony was performed by Billy Stringer.

Mr. Martin proudly served our country with the United States Army during the Vietnam War having been inducted in Nashville on March 14, 1967 and was honorably discharged with the rank of Specialist Fourth Class from Fort Lewis, Washington on March 13, 1969. He served as a Military Policeman with the Battery C 4th Battalion 4th Arterially Division in Kingston, Washington.

He remained on reserve status with the United States Army Reserve unit based in St. Louis, Missouri until finally being discharged from the reserves on March 13, 1973.

For three years he taught fifth and sixth grades at the Defeated Creek Elementary School, then served as head of Public Safety at the Hartsville Nuclear Facility.

His career as owner and operator of Martin’s Grocery spanned from 1984 until his retirement in 2015 when he sold the business to his daughter.

Mr. Martin was a member of the Peyton Creek Baptist Church where he was ordained and had served as a Deacon since April 11, 1999.