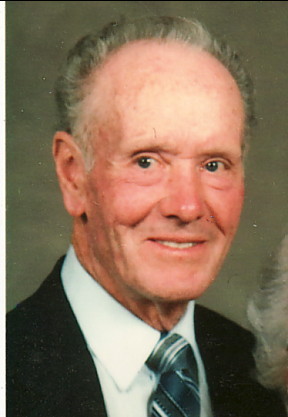 Mr. High’s pastor, Bro. Tim Frank, officiated at the 11 a.m. Thursday morning September 21st funeral services from the Carthage Chapel of Sanderson Funeral Home. Burial was beside his wife in the Garden of Gethsemane at Smith County Memorial Gardens.

In Ringgold, Georgia on June 10, 1942 Mr. High was united in marriage to Sloan Branch Community native the former Shirley Bernice Sloan. She preceded him in death on March 16, 2017 at the age of 97 following over seventy four years of marriage.

Mr. High was a 1933 graduate of Carthage High School where he played football and was class president. In his graduation speech he stated he was interested in going into the automobile sales and service business for himself, a dream that was fifteen years in the making as founder and owner of Spring Street Motor Co., the Chrysler, Plymouth and Dodge dealership, which he and his wife operated until 1973 and the building where it was located is now Carthage Town Hall.

Four years later in 1937 he graduated from Cumberland College in Lebanon where he attended on a football scholarship and was a member of the Blue Key National Honor Fraternity. He graduated with a degree in Economics.

7th grade and was also the assistant high football coach and as coach in 1940 led his team to their first Upper Cumberland Conference win and later to the Tennessee State Championship.

In 1941 he began employment with the United States Postal Service and remained there until being accepted to the U. S. Naval Academy in Annapolis, Maryland in April of 1942 under the recommendation of then Carthage Attorney H. B. “Brad” McGinness.

On August 3, 1942 after being drafted during World War II he entered the then Army Air Force at Fort Oglethorpe, Georgia. He was honorably discharged on November 29, 1945 at Ellington Field, Texas with the rank of Staff Sargent.

While serving our country he was an airplane maintenance technician serving as crew chief of the entire fleet of mechanics and also flew as an Aerial Engineer on a B-32 for three months.

For his meritorious service to our country he was awarded the Good Conduct Medal, the World War II Victory Medal and the American Theatre Ribbon.

Mr. High enjoyed big game hunting and he, Carthage contractor, James T. (Pete) Watts who was his next door neighbor and William Stephens, often went on safaris and enjoyed hunting the Alaskan tundra.

As owner of Springs Street Motor Co. with his wife and early on with his father-in-law, Herbert “Pa” Sloan, he also operated Spring Street Wrecker Service and was the major service for the county before the Interstate highway was constructed. He was often envied by other wrecker operators for having an Army surplus wrecker crane with two swing booms and would often be called to retrieve tractor trailers out of the hollows on Chestnut Mound Hill and from many of the hollows in Western Putnam County. The behemoth piece of machinery would only travel about 20 miles per hour and often times he would have to be escorted by law enforcement to a scene.

Except for the old Army wrecker he would fabricate all the beds, winches and booms himself and always of course on Dodge truck chassis.

After retiring in 1973 he enjoyed his Pleasant Shade farming and cattle operations and operating his bulldozer, “Allis”, which he did well into his 90’s and often did complimentary work for his farm neighbors. As part of his 100th birthday celebration his family returned him to his Pleasant Shade farm where he cranked up old “Allis” for a little good times reflection.

He was a member of the Carthage First Baptist Church

To mark the occurrence of his 100th birthday he was presented a proclamation dated August 23, 2014 by the 108th General Assembly honoring this momentous milestone in his life.

Also on the occasion of his 90th birthday many of the surviving members of the 1940 state championship football team threw him a surprise party at the LaVilla Restaurant and presented him with a signed football.

The High family requests memorials to either the Carthage First Baptist Church or the Smith County Help Center.