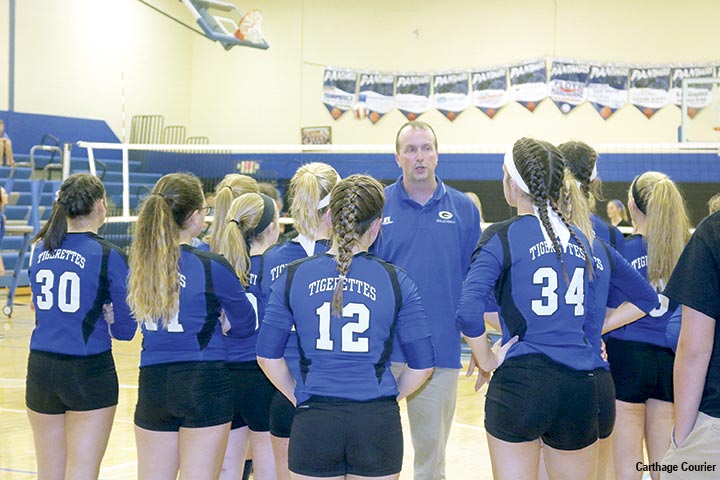 The Gordonsville High School volleyball program completed their most successful campaign ever during the 2017 season. The Tigerettes ended the year with a 22-7 record a District 7A tournament title and a substate appearance — following their second place finish in the Region 4A tournament. District 7A Coach of the Year Brian Leslie directed his team to a second place finish in Region 4A following an action packed and heartbreaking 3-2 loss to the Watertown Purple Tigerettes on their home court.

As the host for the region tournament, the Tigerettes used the energy from a rowdy home crowd to dominate Merrol Hyde in their first game of the tournament, 3-0. Gordonsville owned a commanding 2-0 lead over the eventual state tournament qualifier Watertown before the Purple Tigerettes mounted a three set comeback in the championship match. A second place region tournament finish earned Gordonsville a substate appearance against Region 3-A champion, Sale Creek.

Despite a gallant effort from the Tigerettes in the first two sets, the Lady Panthers defeated Gordonsville, 3-0. The historic season for the Tigerettes included 22 wins. Gordonsville embarked on an eight win streak to end the regular season — resulting in the No. 2 seed in the district tourney where they knocked off Trousdale County, Clay County and Watertown for the 7A crown.

The Tigerettes received several individual accolades along the way with senior Grace Leslie earning the District 7A Most Valuable Player Award. Leslie was also an All-tournament selection in the Region 4A tourney. Sydney Haley made the All District 7A tournament team and was awarded the 7A tournament MVP award. Haley was also selected to the Region 4A All-tournament team. Emma Wood and Erin Wagner were also selected to the All-district tourney team while Lauren Montgomery’s and Rebecca Blackburn;s regular season performances earned them a All-district selection.