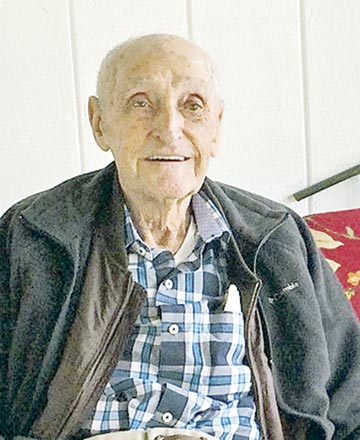 Funeral services were held Monday for longtime Smith County businessman Clarence Edward Nixon. The Hickman resident passed away Thursday, December 14 at the age of 89. Nixon is noted for co-owning and operating the Nixon & Paschall General Merchandise Store which was operational in Hickman for several years. Nixon co-owned the store with brother-in-law Ray Paschall.

In addition to the brick and mortar store, Nixon operated a peddling truck, serving a large area surrounding the Hickman and nearby communities. Nixon was also a substitute mail carrier. After the closing of Nixon & Paschall General Merchandise, Nixon was employed full time with the U.S. Postal Service, retiring in 1995.

Nixon was a veteran having served in the U.S. Army as a medic assistant in World War II. Funeral services were held at the Hickman Baptist Church, where Nixon was a member.