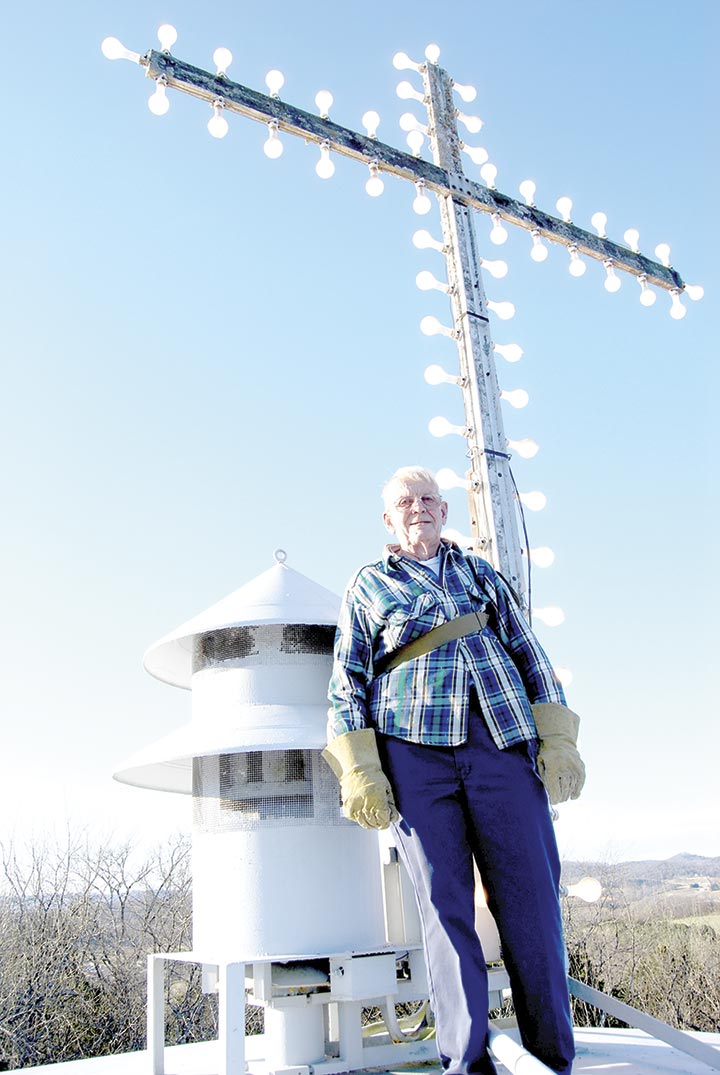 GORDONSVILLE’S ‘KEEPER OF THE CROSS’
A Ken Beck Feature

In his basement in 1968, Southside Lions Club member Hollis Blair, 84, designed and built the 14-foottall lighted cross that stands as a beacon atop the Gordonsville water tank.

He has been maintaining the cross ever since and estimates he has made the climb to the top of the 35-foot-high tank more than 600 times.

Over the past 49 years, millions of motorists on Interstate 40 have observed the illuminated landmark, which shines from late November to New Year’s Day and again during Easter weekend.

In the picture, at Blair’s left, is the town’s warning siren, which he also designed.

READ MUCH MORE IN THIS WEEKS CARTHAGE COURIER!!