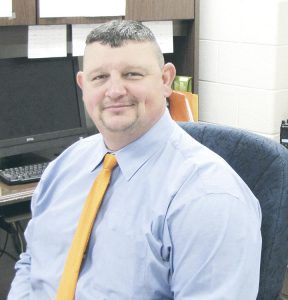 Two weeks after the departure of head coach Ron Marshall, the Gordonsville High football team has found a new leader in Scott Clemons. Clemons, a 1989 graduate from Gordonsville, was announced as the new head coach last Wednesday.

The current principal at Gordonsville Elementary school returns to the sidelines after a two year hiatus from the high school coaching ranks.

“I’m excited to be back on the field coaching,” said Clemons.

“This is my second year working in administration at Gordonsville Elementary and I’ve missed it (coaching).”