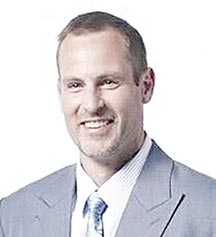 New head coach Greg Bibb will now lead the Smith County High Lady Owls basketball program after the departure of former head coach Scott Moore. Bibb takes over the Lady Owls’ program after collecting a decade of head coaching experience at local boys basketball powerhouses Pickett County and Van Buren County. Last season, Bibb returned to coaching after a six year hiatus by volunteering as an assistant coach for the Stone Memorial girls basketball program. “After getting out of high school coaching following the 2010-2011 school year, I felt like something was missing,” said Bibb. “I felt like I found it again after I walked into a gym at tournament time.

With the energy I felt, the hair stood up on my arms as soon as I walked in. I couldn’t ignore it. So, I volunteered as an assistant coach at Stone Memorial High School this past season. There was no question I was ready to get back in.” Bibb explained the timeliness of the job opening and how his connections in the area helped him learn about the opportunity. “It was perfect timing,” said Bibb. “After talking with a friend, he told me this job was available. I’ve known Coach Barry Smith for many years now, so I contacted him to let him know of my interest and I am very fortunate to now have this opportunity.” Bibb is a native of Elkton, KY where he played high school basketball for the Todd Central High School Rebels. During his prep playing career, Bibb was named to the Honorable Mention All-State team and was invited to the Ohio-Kentucky All-Star game.

After graduating from Todd Central, the standout attended Tennessee Tech University where he led the nation in free throw percentage in 1995. As a Golden Eagle, Bibb tossed in over 1,000 points during his career from 1992-1996. He was also honored as the TTU Male Athlete of the Year.