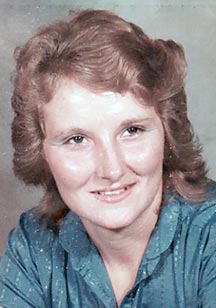 Mrs. Jennie Robertson Huddleston of the Hogans Creek Community went peacefully to be with her Lord and Saviour with her husband, son and niece at her bedside at her Eastes Hollow Lane home on Friday afternoon April 13, 2018 under the loving care of Caris Hospice of Cookeville. She was 57 and suffered from cancer and had returned to their home on Tuesday the 10th from the Vanderbilt University Hospital where she had been being treated.

On June 18, 1992 in Cookeville, Mrs. Huddleston was united in marriage to Silver Point native Ricky Huddleston.

Before retiring she was employed at Hartman Luggage in Lebanon and later General Spring and Wire in Gordonsville.

She attended The Refuge Assembly of God in Carthage.