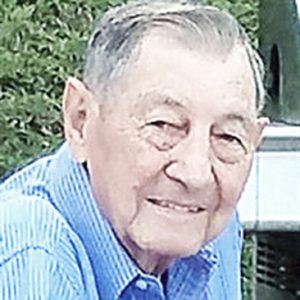 L.B. was born July 4, 1939, in Chestnut Mound, TN, a son of the late Sam King McDonald and Christine Harrison McDonald. He married Linda Hackett on June 3, 1960 and she preceded him in death on May 9, 2017 after 56 years of marriage. He was also preceded by Son; David Phillip McDonald, Brother; Glenn McDonald, Sr, Brother-in-Law; Paul E. Hackett, and Sister-in-Law; Mary Ruth Hackett Woodard.

L.B. was a 1958 graduate of Smith County High School and worked as a Deputy for the Smith County Sheriffs Department for 29 years. He attended the North Carthage Missionary Baptist Church.

Funeral Services for Mr. McDonald are scheduled to be conducted from the Carthage Chapel of Bass Funeral Homes on Saturday, April 21, 2018 at 1PM with Dr. Ernest Jones and Eld. James T. Gibbs officiating. Interment will follow in the Ridgewood Cemetery with Eld. Chris White officiating.

Visitation with the McDonald family will be held at the Carthage Chapel of Bass Funeral Homes on Friday from 2PM until 8PM and again on Saturday after 11AM until service time at 1PM.

The McDonald family requests memorials in Mr. L.B.’s memory be made to the charity of your choice.