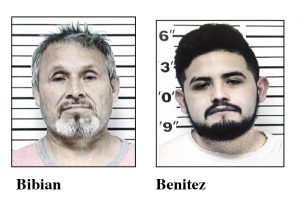 Two men charged in the double homicide which occurred in April in the Dillehay Hollow have made initial court appearances. The two appeared before Criminal Court Judge John Wooten on Monday (July 9).

The indictments do not indicate how the two victims were killed or suggest a motive. Sources say the two were shot.