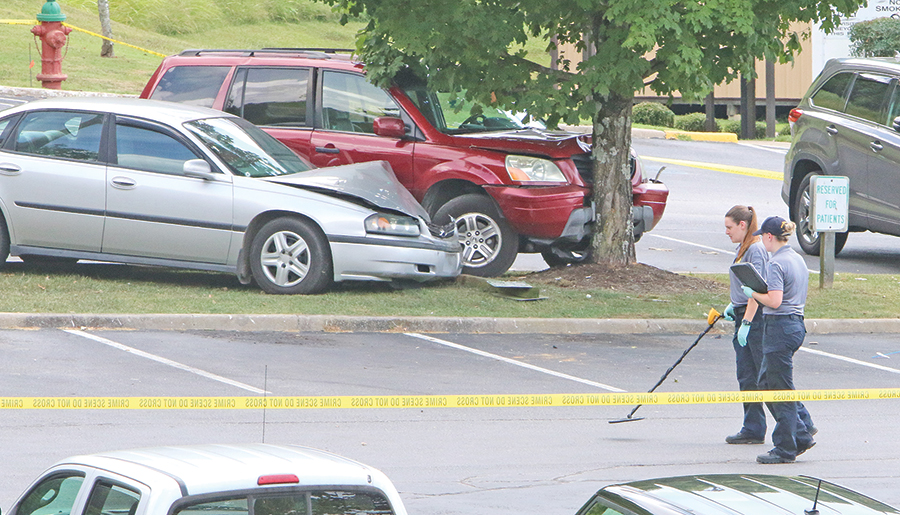 A deadly officer involved shooting in Carthage is under investigation by the Tennessee Bureau of Investigation (TBI). The deadly confrontation occurred in the early morning hours of Wednesday (August 8) in the main parking lot at Riverview Regional Medical Center. According to the TBI, officers from the Carthage Police Department were dispatched to the parking lot concerning a suspicious vehicle detected by a security guard. Two officers arrived on the scene in separate vehicles. According to the TBI, when the officers approached the suspicious vehicle on foot, the driver “attempted to strike one of the officers with the vehicle”. “The officer fired several shots from his service weapon, striking the driver, who later died,” according to the TBI.

The man who was shot was identified by the TBI as Joseph Robbins, 25, Carthage. According to information released by the TBI there were two Carthage officers on the scene but only one fired their weapon. Since the shooting is being investigated by the TBI, questions surrounding the incident are being referred to that agency. The TBI has not released additional details since Wednesday other than to say Robbins was from Carthage. The incident comes as Carthage officers were on alert for individuals breaking into, and in some cases stealing, vehicles. The department had asked residents to lock their vehicle, keep items of value out of sight and locked up.

Riverview Regional Medical Center released the following statement: “Riverview Regional Medical Center’s top priority is the safety of our patients, employees and visitors. We take any threat to this safety very seriously. Early this morning (August 8), we responded quickly to a threatening individual in the hospital parking lot. Our team followed the appropriate protocols and engaged local law enforcement to manage the situation. We are proud of the swift action of our campus security and grateful to the authorities for their quick response. We are fully cooperating with the police as they investigate the situation.”