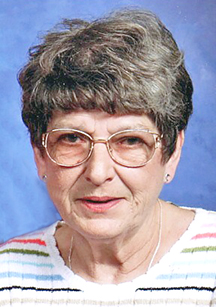 Mrs. Shirley Woodard, age 72, of the Brooks Bend Community died at 10”05 p.m. Thursday evening August 23, 2018 at the Cumberland River Hospital in Celina where she was admitted August 18th suffering from a pulmonary embolism.

Sunday afternoon August 26th funeral services were conducted by Bro. Jeff Burton from the Hackett Chapel of Sanderson Funeral Home. Following the 3 p.m. services burial was beside her husband at the Gene Butler Cemetery in the Brooks Bend Community.

One of four children, she was the daughter of the late Frank and Thelma Hagler.

In Franklin, Kentucky on April 7, 1968, she was united in marriage to Brooks Bend Community native Bradford Denson “Brad” Woodard who died at the age of 77 on December 30, 2014.

Mrs. Woodard was a longtime restauranteur in Lebanon owning Tandy’s Super Dog before retiring to Brooks Bend and owning and operating the Best O’ Luck Antiques in Gainesboro.

Mrs. Woodard was a member of the Gainesboro chapter # 503, Order of the Eastern Star.