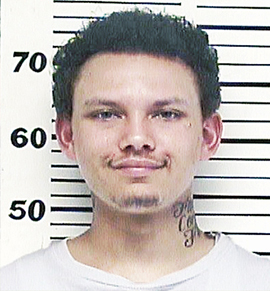 Thompson is charged with terroristic threats and is being held in the county jail under one million dollars bond. The court offered to appoint Thompson an attorney, but Thompson is looking for his own representation. Judge Collins did not change Thompson’s bond during the hearing. According to Thompson’s intake data, the suspect was to appear in general sessions court on Thursday (August 30). While general sessions court convenes on most Thursdays, it doesn’t on months with a fifth Thursday.

There was no general sessions court on Thursday. As an adult, all of Thompson’s run-ins with local law enforcement have come this year. Sheriffs department intake data shows Thompson was booked into the county jail on Sunday, August 26, for the third time.