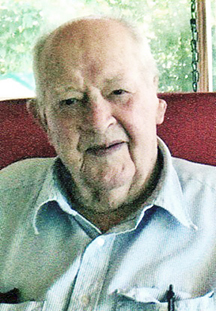 Mr. J. C. Owen, a longtime farmer and lumberman of the Kennys Bend Community died at the age of 86 at his Kennys Bend Lane home at 8:25 a.m. Monday morning September 10, 2018 with his family at his bedside. He was pronounced dead at 8:45 a.m. by Kindred Hospice of Cookeville.

Mr. Owen was at the Carthage Chapel of Sanderson Funeral Home where his services were conducted by Eld. Junior Dickerson. Following the 1 p.m. Friday afternoon September 14TH funeral services burial was in the Garden of Gethsemane at Smith County Memorial Gardens.

In Rossville, Georgia on August 15, 1950, he was united in marriage to Popes Hill Community native, the former Charlotte Ann Midgett. The ceremony was performed by minister George W. McClure.

He established the J. C. Owen Lumber Co. in 1954 on Cedar Street in South Carthage which derived the name for the street when South Carthage was incorporated in 1963. After leaving South Carthage he relocated in the early 60’s to the Sampson Farm on the West side of Popes Hill.

Later in 1974 the operation was moved to the former Oldham Rock Quarry property on Whitefield Lane in the Rome Community. He and his son operated the facility until he retired on May 14, 2014.