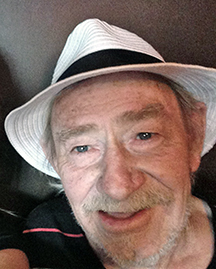 A Smith County family is reeling over the loss of three family members in less than thirty days, all from natural causes.

Mr. Jesse Woodard, of Pleasant Shade, died at the age of 68 at 1:15 a.m. Friday morning September 7, 2018 at the Pleasant Shade Highway home of his sister following a long battle cancer. He was under the loving care of Kindred Hospice.

Mr. Woodard had requested cremation and the family complied with his wishes.

Mr. Woodard was at the Carthage Chapel of Sanderson Funeral Home where memorial services are scheduled to be conducted Saturday afternoon September 15th at 1 p.m. with Bro. David Thaxton officiating.

The cremation will take place at Cumberland Family Services in Algood.

The Woodard family will receive friends at Sanderson in Carthage on Saturday beginning at 12 noon.

Mr. Woodard was born Jesse Willard Woodard in Carthage on January 23, 1950 and was one of seven children born to the late Dewey Owen Woodard who died March 20, 2002 at the age of 83 and his mother, Violet Frances Silcox Woodard died at the age of 97 on August 8, 2018 following an extended illness.

Mr. Woodard was of the Pentecostal faith and was a retired employee of East Side Trucking in Cannon County.