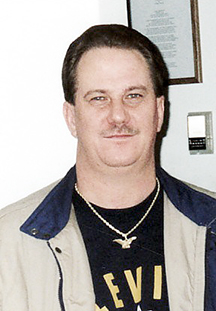 Mr. Mike Brown age 57 of Carthage was pronounced dead at 8:10 p.m. Monday evening September 10, 2018 at the Riverview Regional Medical Center in Carthage. He was found deceased at his Village Drive home earlier by his son.

Funeral services from the Carthage Chapel of Sanderson Funeral Home were conducted Thursday afternoon September 13th at 1:00 p.m. with Edward L. Anderson officiating. Burial followed in the Garden of the Cross at Smith County Memorial Gardens.

His only sister, Connie Jean Long Enoch preceded him in death on December 22, 1992

at the age of 41 succumbing to a brain tumor.

Mr. Brown was of the Church of Christ belief.

He was a member of the 1980 graduating class at Smith County High School.

He was a longtime employee of Fortune Plastics in Lebanon and before suffering a stroke was employed at the Dana Corporation in Gordonsville.

Surviving are his two children, Latosha Brown Raines and husband Jonathan of the Club Springs Community, Shane Brown and wife Mindi of Gainesboro; five grandchildren, Blake and Chloe Quick, Lucas and Dylan Raines, Kennedy Brown; a brother, Jimmy Brown and wife Lisa of Gordonsville and their children Dustin and Megan; the Mother of Mike’s children, Evelyn Deering Brown of Carthage.