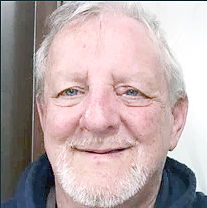 Spoonie was born April 28, 1953 in Madison, TN, son of Odell Robinson and the late Wilma Dorris Bellar Robinson. He was also preceded in death by Sister; Sherry Robinson. Spoonie worked in the Horticulture Industry his whole life. He loved playing pool and spending time on the lake. Spoonie graduated from Gordonsville High School in 1971 and later from Cumberland University.

Graveside Services and Interment for Mr. Robinson are scheduled to be conducted from the Gordonsville Cemetery on Friday, September 14, 2018 at 11AM with Steve Armistead officiating.

Visitation with the Robinson Family will be held at the Gordonsville Chapel of Bass Funeral Homes on Thursday from 4PM until 8PM.

Family and friends will gather at the cemetery just prior to the 11AM graveside.

Donations in memory of Spoonie may be made to the Smith County Humane Society.