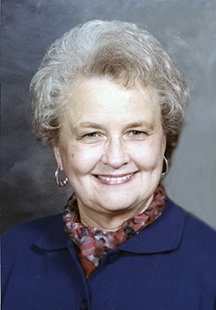 Vondell Evelyn Green Lancaster passed away on October 14, 2018 at age 89.  The family will be receiving friends at Sellars Funeral Home, Lebanon TN, on Wednesday from 4-8 p.m.  The Funeral Service, conducted by Reverend David Hesson and Reverend Ryan Bennett is 12 p.m. Thursday, October 18, 2018 at the First United Methodist Church in Lebanon.  Visitation at the church on Thursday will be from 10 a.m. until the service.  Interment in Wilson County Memorial will follow the service.  Family and friends will serve as Pallbearers.

Mrs. Lancaster was born September 19, 1929 in Pleasant Shade, TN.  She attended Carthage High School and Tennessee Tech University where she studied music.  Mrs. Lancaster was a thankful, Christian homemaker who delighted in her role as a wife and mother.  She served in many capacities as a supporter and encourager for her husband and children.  She loved music and the Lord Jesus Christ and was a member of the Upper Cumberland Presbyterian Church in Pleasant Shade.

The family extends a special thank you to the staff at Southern Manor.

This notice provided as a courtesy to the Lancaster Family.