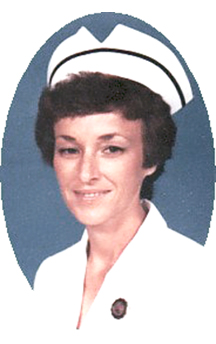 A retired registered nurse and educator, Mrs. Carolyn Hill, succumbed to a battle with cancer at her Jackson Avenue home at 8:37 p.m. Wednesday evening October 24, 2018 under the care of Kindred Hospice. Mrs. Hill was 77.

Her longtime minister, Edward L. Anderson, officiated at the 1 p.m. Saturday afternoon October 27th funeral services from the Carthage Chapel of Sanderson Funeral Home. Burial followed beside her husband in the Garden of Everlasting Life at Smith County Memorial Gardens.

Mrs. Hill was a 1960 graduate of Celina High School and received her Bachelor of Science in Education from Tennessee Polytechnic University, now Tennessee Technological University, and continued on to receive her Masters in Education at Tech and for several years taught school in Celina and later decided teaching was not what her life’s dream was.

She then returned to Middle Tennessee State University and in 1981 was awarded her nursing degree and became the charge nurse of the Intensive Care Unit at the Livingston Regional Medical Center.

Before her retirement she transitioned to become a home health nurse.

At the age of 14 at the Celina Church of Christ she was baptized into the Lord’s church.

After the death of her husband in 2008 she relocated to Carthage to help care for her Mother and to be near family here.

The family requests memorials to either the Carthage Church of Christ Youth Fund or the Jordan Hackett Foundation.