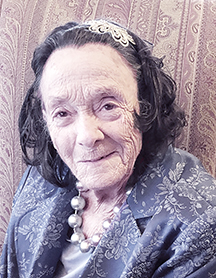 Mrs. Lois “Momma Lois” Hessey of Elkton, Kentucky and a long resident of the Elmwood Community, died at the age of 82 on Thursday morning December 27, 2018 at the Jennie Stuart Hospital in Hopkinsville, Kentucky following a period of declining health.

Funeral services from the Woodbine Funeral Home-Hickory Chapel in Nashville were conducted Monday afternoon December 31st. Her son, Shane Hessey, officiated at the 1 p.m. services. Burial followed in the Masonic section at Woodlawn Memorial Park on Thompson Lane in Nashville.

She was also preceded in death by her husband, Nashville native George Michael “Mike” Hessey, who died June 15, 2008 at the age of 70.

A devoted mother, grandmother and sister, she was a member of the Missionary Baptist Church.

This notice provided as a courtesy to Todd County Funeral Home and the Hessey family.