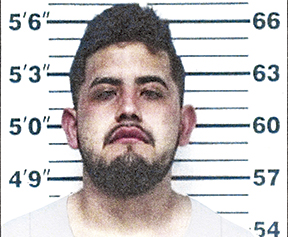 One of two suspects charged in the murder of two men found at an unoccupied house on Dillehay Hollow Road in April is seeking bond. Meanwhile, one has already posted bond.

Alain E. Benitez, who formerly lived in Smith County, had relocated to Wilson County prior to being indicted earlier this year on two counts of second degree murder.

Benitez was arrested in June and has been held in the county jail without bond since being charged. Benitez, who is being represented by the public defender’s office, is asking for a bond to be set in the case.

Since being jailed, sources say Benitez damaged a ceiling light fixture in the jail and has attempted to escape by using an instrument to dig holes into a wall.