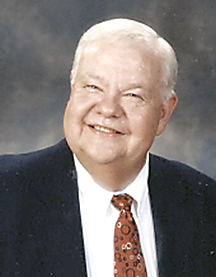 Longtime Church of Christ minister Charles White of Valdosta, Georgia and a former Carthage resident, died at the age of 78 on Thursday January 24, 2019 at the Holly Hill Nursing home following an extended illness.

He was preceded in death by an infant daughter, Liesel White and a step-father, N. L. Liggett.

Mr. White received his Bachelor’s degree from David Lipscomb University in Nashville and his Master’s Degree from Amridge University, formerly the Alabama Christian School of Religion.

After moving to Valdosta he conducted gospel meetings at many Churches of Christ in the Upper Cumberland area.

As well as being an evangelist for over sixty years to many churches in the Southeast, he was a missionary to Central America and around the world.

He was a member of the Rotary Club, served on the Board of Directors of the Georgia Christian School and wrote Bible Curriculums for Georgia Missions.

He was a close friend of Jerry Clower and he and Mr. Clower often shared one another’s stories and jokes.

In 1984 at the Tennessee Funeral Directors Convention at Opryland Hotel in Nashville he performed his hilarious comedy act based on his and Mr. Clower’s routines.

Mr. White was a member of the Dasher Church of Christ.

The White family requests memorials to either the Georgia Christian School or the Georgia School of Preaching, c/o Dasher Church of Christ, 4326 Dasher Road, Valdosta, Georgia, 31601.

This notice provided as a courtesy to the White family.